Zero Waste: An Admirable Goal. Is it Achievable?

New Yorkers produce 3.6 million tons of trash a year—but if Mayor Bill de Blasio has his way, by 2030 the city will be sending “zero waste” to landfills. The details are laid out in a far-reaching strategy the mayor and his team call “One NYC.” It includes curbside recycling, more composting, and a push to eliminate the city’s reliance on landfills.

The goal is admirable. Is it achievable? NY City Lens reached out to academic experts, environmental nonprofit organizations, and city officials to assess the feasibility of de Blasio’s plan. Overwhelmingly, the group expressed praise and support for the plan’s thoroughness and ambition. But some remain skeptical.

“There’s no such thing as ‘zero waste,’” said Marian Chertow, an associate professor of industrial environmental management at Yale. “I’m compelled to say that as a professional. There’s always waste in any system, but 90 percent is a very ambitious goal.”

That said, Chertow, who has also served as the director of the Industrial Environmental Management Program at Yale for the past 24 years, felt the plan addressed environmental issues appropriately.  “I think it’s a very thoughtful proposal,” she said. “I’m usually very critical, but every time I read a paragraph, I thought, ‘Oh that’s nice, but it would be even better if they-—’ and then in the next section it would be what I thought they needed.”

Likewise, Mildred Mattfeldt-Beman, chair of the Department of Nutrition and Dietetics at St. Louis University whose latest work focused on more efficiently composting organic waste, was similarly optimistic. “It is wonderful,” Mattfeldt-Beman said in an email. “Very ambitious and for the most part very doable. It even could create some entrepreneurial opportunities. I applaud New York’s initiative on this very important issue.”

Justin Green, the head of Build it Green! NYC, and Daniel Tainow, education director at the Lower East Side Ecology Center, two nonprofit organizations that provide recycling and composting programs to New Yorkers, are also pleased that the city is catching up to their efforts. “It’s nice to see the government pushing the goals that we’ve been pushing for 28 years,” Tainow said.

A review of the plan by experts, however, shows that some of the mayor’s specific recommendations have a greater chance of success than others. And ultimately, for “One NYC” to achieve its goals, new legislation and policy changes will have to be made, they say. 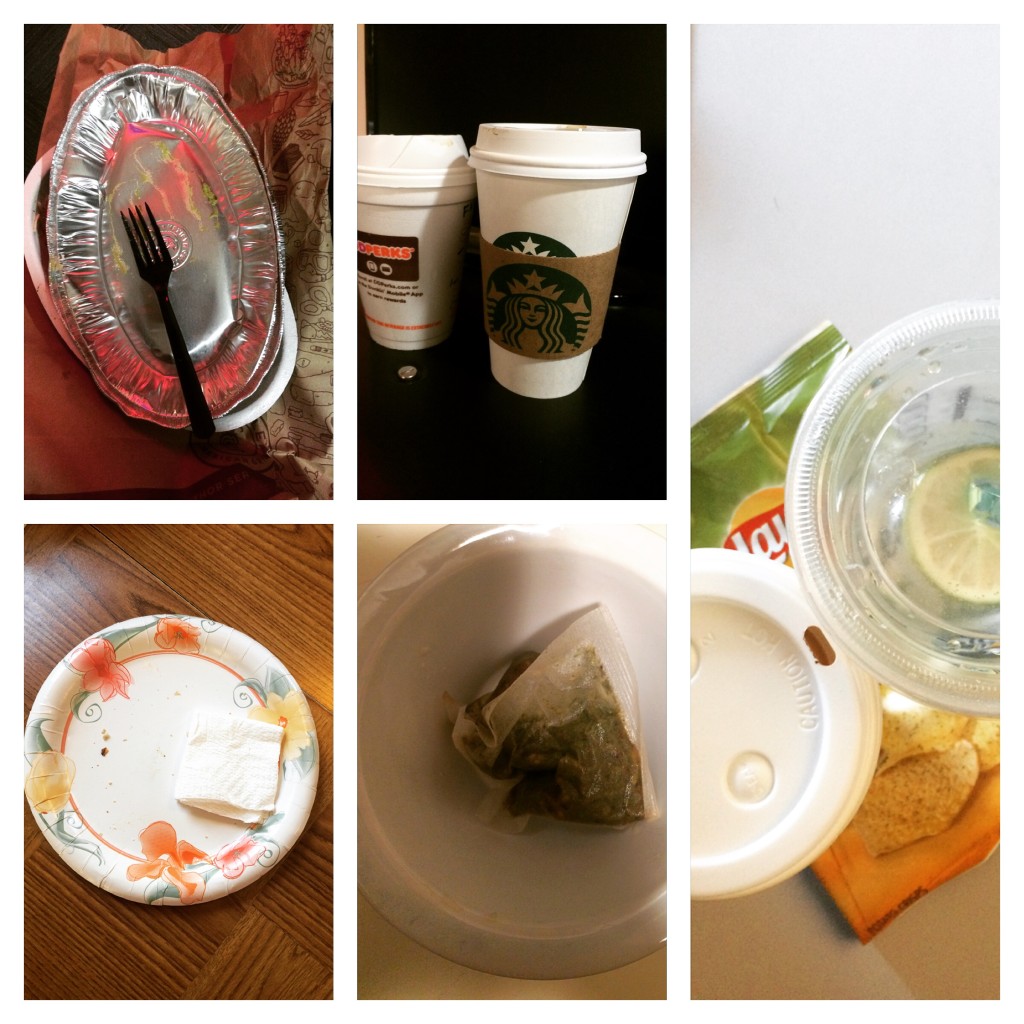 Recycling is a key part of the mayor’s plan, which means much of what is left behind–paper plates, cups, aluminum foil–will get picked up and recycled.

The plan’s strong points, experts said, are its emphasis on organics and recycling. “All of a sudden we’re recognizing how much food waste we have,” Chertow said. “The going estimates right now are 30 to 50 percent of [food] being thrown away, and that’s really well documented.”

In New York City, the New York Department of Sanitation estimates that organic waste comprises 31 percent of all waste. More than 100,000 households across the boroughs are participating in the sanitation department’s Organics Collection pilot program, which will expand by 35,000 more households this spring.

Chertow also praised the economic components of de Blasio’s “Save-As-You-Throw” recycling component, which would reward residents who use recycle more than they waste. How much money would be involved has not been determined. “We do like those programs because it does give an individualized economic incentive per each household,” she said.

The plan isn’t perfect, however, and some experts point to areas where small improvements can be made. To prevent waste from entering landfills, Green of Build it Green! NYC suggests that the plan should include subsidizing composting materials and requiring manufacturers to create products that are 100 percent recyclable, two ideas that aren’t outlined in the mayor’s proposal.

Green said that a lot of what people throw away is packaging, but if manufacturers design packaging that is recyclable from cradle to grave, it would reduce the amount of waste entering landfills. According to Green, city residents’ behavior needs to change, but this can be done with a few simple changes. Recycling, for example, needs to be streamlined to make it easier for people to participate, he says. Currently, there is a trash can on almost every corner in the city, but if composting and recycling cans were added, it would make composting and recycling easier, said Green. 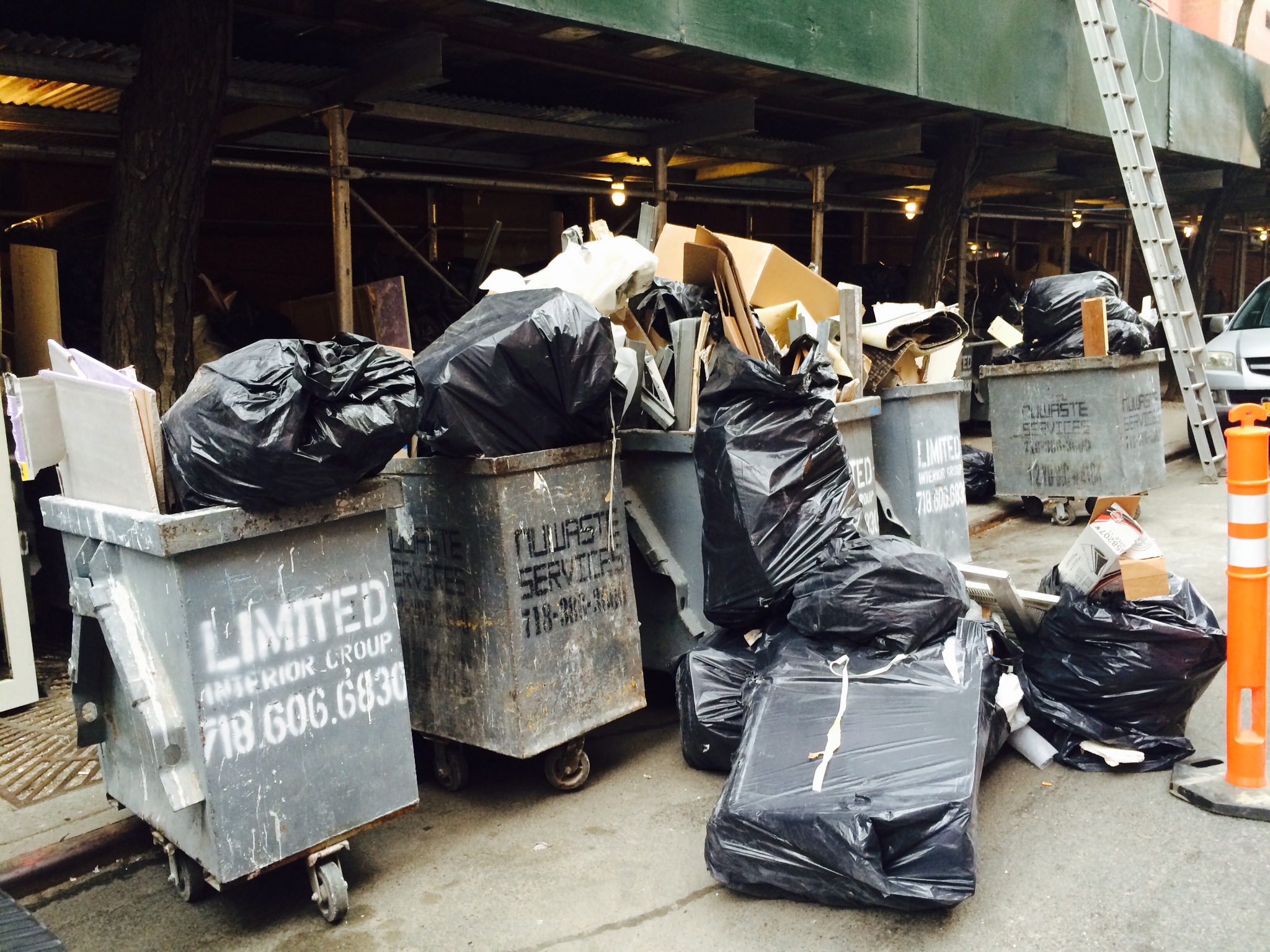 Some experts are concerned that 90 percent waste reduction is not a realistic goal.

Though a well-laid plan is paramount, the experts said, several challenges could make it a rocky road to the 90-percent finish line. Funding is Chertow’s primary concern. As long as the city is able to secure enough funding to adequately carry out each initiative, she said, the plan has hope. According to Councilmember Antonio Reynoso, the plan has not been budgeted for yet. “To put it in perspective, we know that currently there are facilities being built right now by the department of sanitation, by the city of New York that cost over $300 million,” he said, referring to waste transfer stations, including one in Gravesend and another on East 91st in Manhattan. “For these goals, or this issue this plan to work, I expect a lot more than that to be pushed into the system.”

Passing legislation to reduce or eliminate waste in the city, Green said, is another area to examine. This past April, City Councilman Donovan Richards proposed a bill that would reduce the use of plastic bags by charging a small tax for each bag. However, council members did not come to a consensus to pass the bill. Other cities, like San Francisco, have had success reducing plastic bag use by charging consumers a small tax, but New York, Green said, continues to lag. To accomplish de Blasio’s goals, there needs to be a bigger push for such policy changes, he said.

Additionally, Green expressed concern for the number of employees needed to physically carry out de Blasio’s plans for composting. For example, at the moment, Build it Green! NYC saves food scraps from entering landfills and diverts salvaged and surplus construction materials from landfills.

Green and his team also composts approximately 1 million pounds of food every year, a small fraction of the city’s annual total of about 2 billion pounds of organic waste, according to de Blasio. Ensuring the organics element comes to fruition will require significant human capital, Green points out. “You’d have to have 2,000 of [groups like] us,” he said.

The largest concern, though, is whether the city can genuinely achieve 90 percent reduced waste. Other cities that are often looked to as models for this kind of program, such as San Jose, Calif. and San Francisco, have met smaller goals. San Jose is aiming for 75 percent waste reduction by 2013 from its 2007 baseline of 693,600 tons. As of 2014, the city reached a 73 percent reduction. Similarly, San Francisco hit an 80 percent reduction rate in 2013 after mandating that residents separate their organic waste and recyclables from trash.

In many ways, though, experts say it is better to strive to hit a 90 percent reduction in waste and even if the city only makes it halfway to that goal, that’s better than where we are right now. “The city of New York will not make a 90 percent goal in my lifetime, but it’s okay to try,” she said. — Malena Carollo, Natasha Payes

There’s no such thing as ‘zero waste. I’m compelled to say that as a professional. There’s always waste in any system, but 90 percent is a very ambitious goal.

More than 30 percent of New Yorkers’ waste is compostable but the majority of people don’t compost. Currently, 100,000 households in all five boroughs benefit from a pilot program called NYC Organics Collection, but the mayor wants to make this available to everyone by 2018. Other compost initiatives include working with public, non-profit, and private sector organizations to develop and expand the sorting of organic waste and to launch new composting programs and drop-off sites.

A single-stream recycling program allows people to put all their recyclables in one bin. The materials are later sorted at a facility, which should make recycling easier for New Yorkers. Considering that only 42 percent of the city’s residents recycled their materials last year, this could make a big difference. But the initiative goes beyond that—de Blasio wants to create a business and industry coalition to make sure more products are made with recyclable materials and that recycling instructions are included on finished products.

Plastic bags make up 2.3 percent of the city’s waste, cost $10 million to get rid of in landfills, and often clog up drains and jam machinery, according to the OneNYC report. The mayor’s plan doesn’t specify how to mitigate the issue, just promises that the city council will work to reduce the impact of plastic bags. The city has already banned polystyrene foam food-service containers and packing peanuts since they can’t be recycled. Last year, the city collected 28,000 tons of polystyrene.

According to the OneNYC report, low-income and immigrant homes have lower rates of recycling. To mitigate the problem, the city will translate pamphlets and flyers on recycling into eight languages, increase the number of bins at NYCHA housing, and educate the community on recycling.

The mayor wants to launch 100 Zero Waste Schools within the next five years. The initiative would divert recyclable and compostable waste from the school and teach kids proper recycling habits.

Re-fashioNYC and Housing Works already collect used textiles and clothing, but under the mayor’s initiative, the city will partner with these non-profits to expand their efforts.

As of January 2015, it is illegal to dispose of electronic waste in regular trash. Instead, there are drop-off stations at more than 95 stores in the city, and a private company collects the materials and transports them to its facility in Massachusetts.

The program would restructure how the city funds trash removal and create a volume-based incentive for residents and property owners, thus rewarding those who produce less waste and increase recycling. The mayor envisions this could reduce waste by 30 percent.